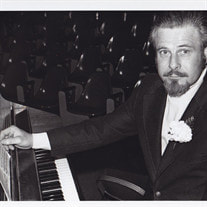 On May 12, 1974 a group of 29 nervous singers gathered in the College Union Building at Plymouth State College in Plymouth, New Hampshire.  An audience of 35 family members was present, curious to hear the result of six months of rehearsals.  An hour later, as the last of the selections concluded, the enthusiasm of the performers and audience was tangible.  The Pemigewasset Choral Society had been launched.

Known affectionately as “Pemi” by its members, the chorus had its genesis at a meeting of arts enthusiasts held in Plymouth a year earlier, in the spring of 1973.  Meeting to discuss ways to enhance arts offerings in the region, two young women  -- Katherine Hillier and Vivian Norwood -- went on to create the Choral Society, while others organized Plymouth Friends of the Arts.

Dr. Earl Norwood, then Associate Professor of Music at Plymouth State College, served as the Choral Society’s original director, providing the first opportunity in many decades for adults in central New Hampshire to sing under professional leadership.

In 1979, Dr. Robert Swift, Professor of Music at Plymouth State College, took over as director, with Margot Swift serving as accompanist.  Under their leadership, Pemi grew to over 120 singers from all over the Lakes Region who collectively traveled thousands of miles each week for rehearsals.

When the Swifts’ retired in 2011, Rob St. Cyr became Music Director along with accompanist Hannah Kim.  Leslie McDonnell and Will Gunn took over the leadership of the Choral Society in 2012 with Catherine Dornin as accompanist.  In 2014, Grace Templeton became the Pemi accompanist, to be succeeded two years later by Laura Belanger for the 2016 winter concert. Will Gunn became full-time director in 2017.

Now a chorus of 93, members of the Pemi range from college students to octogenarians, and represent a wide variety of occupations and experiences.  The group performs a varied repertoire of classical and contemporary works as well as folk and show tunes; a series of concerts are offered each year in December and May.   No auditions are held; the only membership requirement is a love of singing, the ability to sing on key, and the commitment to attend weekly rehearsals.

The 2019-2020 concert year will mark the 47th season of the Pemigewasset Choral Society.

Below is a list of the concert series going back to 2007, our 35th season.