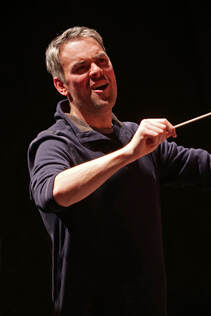 William Gunn has been working with the Pemigewasset Choral Society in Plymouth, NH since 2012. He is also the director of music at Plymouth Regional HIgh School where he conducts the Concert Band, Jazz Ensemble, Concert Choir, and Chamber Singers.

Mr. Gunn received his Bachelor of Music in music education from Ithaca College and his Masters of Music in Conducting from Colorado State University.  He has studied conducting with Wes Kenney, Dwight Bigler, Steve Peterson, and Eric Hammer.

Mr. Gunn’s choirs have consistently received high ratings at local and regional festivals. In 2014, the PRHS Chamber Singers were chosen to be the featured choir at the All New England Choral Festival. In 2016, the PRHS Concert Choir premiered a new work in collaboration with the ALS Association of New England and raised over two thousand dollars for ALS research. The new composition included text by a local author and community member who lost the battle to ALS in 2015.  Mr. Gunn has also collaborated on commissions with Jonathan Santore and Michael John Trotta.

In the summer of 2018, Mr. Gunn was selected to be a Conducting Scholar at the Delaware Choral Academy Summer Symposium held in Aix-en-Provence, France. 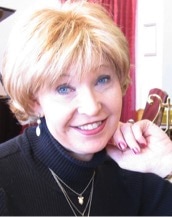 Laura V. Belanger is a graduate of the Manhattan School of Music where she was a student of Bronson Ragan and Frederick Swann.  She also holds Choirmaster and AAGO professional certificates from the American Guild of Organists (AGO).  Laura has directed and accompanied choruses and church choirs throughout New England, including the University Glee Club of Providence, RI.  She is also an active composer.  As an avid enthusiast of musical theatre, Laura has music directed many community theatre productions, including Once Upon a Mattress, Godspell, and Cinderella.  She was nominated in 2017 for “Best Music Direction in a Community Theatre Production” by New Hampshire Theatre Awards.

Laura is recently retired as a Steinway sales consultant from Steinert’s Pianos, Natick, MA and now lives in the lakes region of New Hampshire.  She is currently organist at Sanbornton Congregational Church.

You can learn more about Laura at her website, LVBMusic.com